For small & medium entrepreneurs, this has long been a misconception. For most, this works as “two birds for one stone” because for them, having a bookkeeper is likewise having an auditor. This is not how it is and we wish to share the distinctions below for guidance and better appreciation. 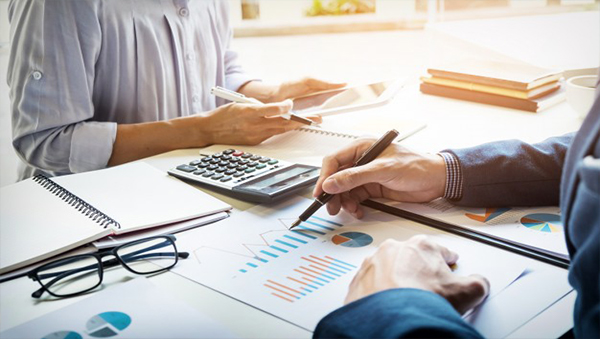 To start with, bookkeeping is different from auditing. Bookkeeping deals with maintaining the records of the day to day transactions on the books of accounts of the taxpayer. In practice, it includes preparation of monthly and quarterly BIR reports (withholding returns, VAT or OPT returns, and income tax returns). On the other hand, auditing is the periodic examination on the work of the bookkeeper or company prepared financial statements lifted from the books of accounts to express an opinion on whether or not such records were maintained in accordance with existing accounting rules, the generally accepted accounting principles.

Auditor is required to be professionally independent in mental attitude so the opinion will not be bias. As such, bookkeeper is not allowed to issue an opinion because it will obviously be a bias or one-sided. Normally, very exceptional is the event that one admits his own mistakes, so if the bookkeeper will be allowed, it will tend to uphold its own deeds. Audited financial statements (AFS) is for use of the internal and external users (e.g. the managements, authorities, suppliers, banks, employees,  and the public) so that the CPA opinion adds credibility to such audited financial statements.

As to qualifications, an auditor requires Board of Accountancy (BOA) accreditation and the requirements are geared toward maintaining a degree of technical knowledge of accounting and taxation rules and of maintaining professionalism in observing the rules. On the other hand, a bookkeeper is not required such accreditation and you can have anybody who can understand how to do it – not even a CPA for a lesser fee.

As to documentation, bookkeeper may record anything that the client would want to put on the books, whatever it takes. If its courteous enough to warn the client of the consequences, then, it will advise, otherwise, it will simply record the same regardless of the impending harm and risks to its client. After all, the books of accounts are the responsibility of the management and not of the bookkeeper. In turn, it is the duty of the client to hire a better bookkeeper capable of giving advice as to the technicalities and avoid trouble at the end of the day. On the other hand, an auditor must express its opinion based on documents and papers that would satisfy his professional judgment and would support his opinion. It is responsible for his opinion and if it would say that financial statements are fairly presented, it presupposes that it was supported by proper documentations. If it turns out to be not, then, it can have its CPA license revoked upon discovery and proceedings and the taxpayer client may likewise end up with penalties. Worst, both of them can go to jail, if proven to have evaded taxes.

On bookkeeping services, attestation is not included because of the professional limitation. Bookkeeper will handle recording on your books or accounts, preparing financial reports for management, and preparing monthly and quarterly BIR reports depending on the agreed scope. It may prepare the draft financial statements and ITR at the end of the year for the audit of the independent CPA. With some acquaintances of the bookkeeper who could audit and sign the AFS, it would be easier to comply AFS and ITR much earlier than the last few days of the deadline. Suffice it to say that the financial statements should be in keeping with the present rules, e.g. required BIR disclosures, and mandatory notes to audited financial statements.

You might have been exposed with the old ways were CPAs does everything at client’s pleasure and in whatever means. Gone are those days and I fear that it is risky now to continue that practice. BIR is now becoming more sophisticated using the present computer technology. They can see on the system whether a taxpayer is compliant or not and before taxpayers knew it, they might be in trouble already.